Since its birth in 2011, Italian Climate Network has taken part in the UNFCCC Negotiations as an observer. By noticing a deep lack of analysis and deepening on the subject on the mainstream media, a communication package has been developed since the COP18 held in Doha.

Starting at COP18, a “Live from COP” have been set up during the second week of the climate negotiations by involving all the non-state actors from Italy in order to show to the public, via social media and association’s website, the view from Italy on the ongoing negotiations. This connection, with a duration of about 1 hour, has been since then the opportunity to take stock of the climate talk and a tentative to influence public debate in Italy by engaging the audience through social media and Q&As dedicated time.

Since COP21, an ad hoc “Bulletin” has been developed in order to propose a daily view on negotiation plus analysis from the side events in Italian, by collecting articles an blog posts published on the association’s channels.

The main object of this project is to improve the knowledge of the UN Climate Talks across Italy making people aware of both technical and general aspects.

"Live from COP" have been published on Italian Climate Network YouTube Channel and website so the beneficiaries of this communication instrument are all the Italian citizens.

"Bulletin from COP" have been promoted across Association's Newsletter and reached more than 700 subscriptions from 2015 onwards, collecting more the 200 articles published on Italian Climate Network website and its blog on La Stampa, Il Fatto Quotidiano and Gli Stati Generali, reaching more the 20.000 total views.

The project was easy to implement by taking full advantage of the potential of social media. A continuous engagement of Italian non-state actors has been reached: "Live from COP" have become an unofficial meeting point with the non-state an state actors during the climate talks in order to inform the public on negotiations status and to analyze the main issues.

- To improve knowledge and awareness on technical and general aspect from the UN Climate Talks by making stakeholders and citizens more involved in the process;

- To push a stronger climate action from Italy.

The project can increase a lot with more resources and involvement of other partners in order to reach more citizens.

Name: Communication at UN Climate Talk
Category: Education & Media
in one sentence: Make UN Climate Talk accessible to everyone and easy to understand 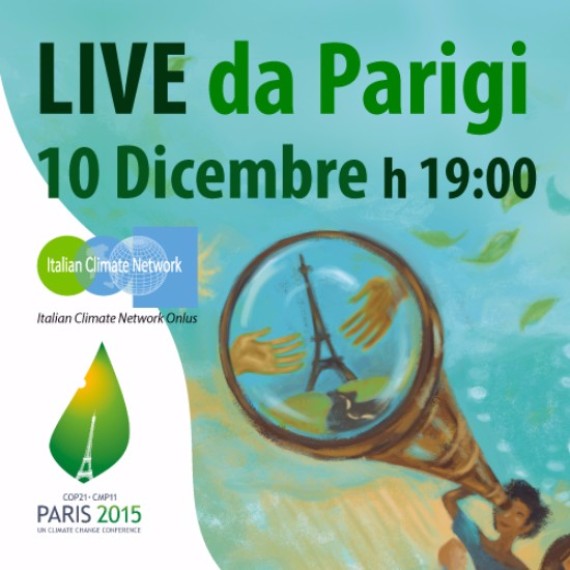