Climate Tracker (climatetracker.org) is a youth-led organization with a network of over 7000 environmental journalists in more than 150 countries. We aim at mainstreaming the topic of climate change in national media around the world by empowering young journalists and communicators, especially from the Global South. We believe that with the right support, any young person can become a powerful voice for climate change.

Through capacity building, online and in-person training opportunities, fellowships, competitions, and assignments, as well as conducting research on climate change, development, and sustainability, we support a truly global network of young changemakers in shaping the course of their national Climate Change debate.

Climate Tracker plans to set up a media and education campaign revolving around the upcoming UN Biodiversity Summit, taking place in Egypt in November 2018. Using this high-level political event as a hook to capture a global audience, Climate Tracker will send a team of 5 young journalists from especially biodiverse countries to the summit in Egypt to cover its developments and raise awareness and ambition in their respective countries and in the international media.

A 5-page introduction on Climate Tracker can be read at https://drive.google.com/file/d/11_QouKfHNaxeWhJtz6TpufBBtM3-3Fqi/view

- The direct support of 5 fully-funded and accredited young journalists to cover the UN biodiversity summit, guided and trained by the Climate Tracker team during the whole conference;

- The publication of a series of news articles on biodiversity and climate change in national and international news outlets.

Our youth-led organization has a long experience with covering UN negotiations and providing young journalists from around the world the opportunity and the support to attend and report on these high-level political events. By including young voices from global south countries into the international (media) debate, we ensure that often-forgotten stakeholder groups are included in the global debate of truly global issues like climate change and biodiversity loss.

For an overview of Climate tracker's work in 2017,please watch this video: https://www.youtube.com/watch?v=cCq1MviC_KA

- Open and accessible information bridging the gap between international political discussions and local actions on biodiversity and climate change;

- The empowerment and training of the new generation of environmental journalists, engaging a minimum of 100 people to write on the issue of biodiversity and climate change in their national media.

Since launching in 2015, Climate Tracker has become a leading organization connecting climate journalists around the world. In three years time, we have published more than 6000 articles across 150 countries, and developed an industry-leading online interface to manage our network of over 7,200 journalists.

With this project, we hope to broaden our scope to issues concerning biodiversity and ecosystems, connecting a growing community of environmental communicators. 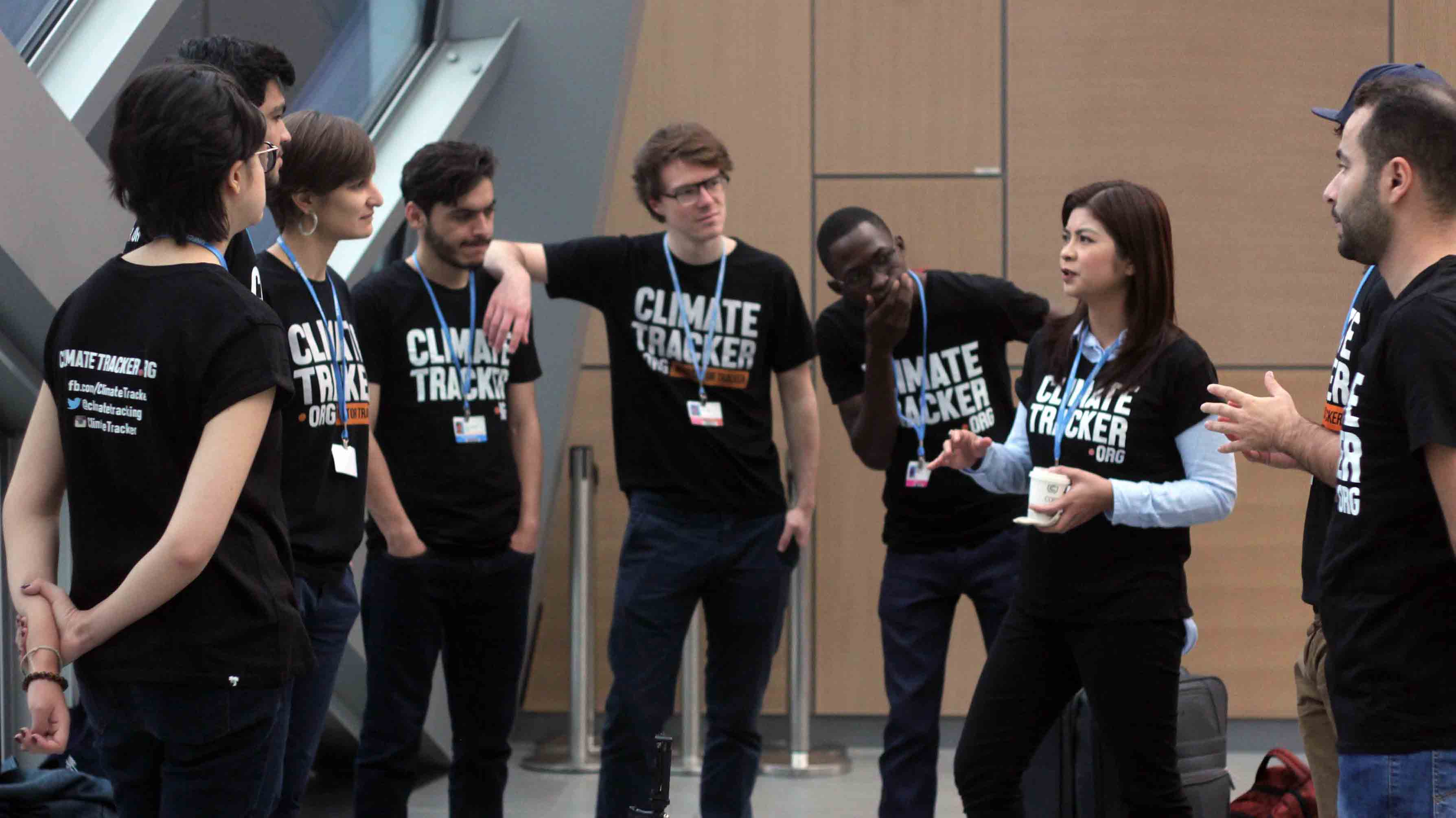